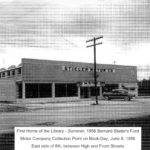 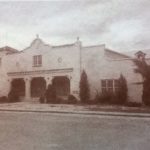 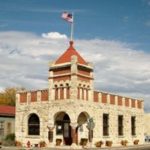 Comfort State Bank Building - a previous home of the Library 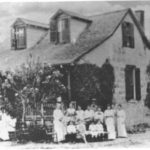 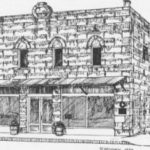 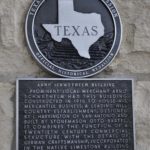 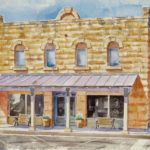 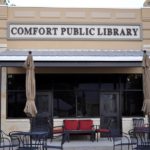 On June 8, 1956, the Comfort Public Library was officially formed.  The original collection was created by a local book drive that brought in over 3,000 books, mostly written in German. Laura and Tom Bradfield, Edith Giles and Rosita Hollar led the founding group. In July of 1956, a 5-member advisory board was established and a system of operation designed. Edith Giles served as Comfort's first librarian.

The Library was housed in various locations during the period 1956-1982:  Zimmerman Studio, located in the Comfort Theater, Hunter's Casa de Cazador (known as the Gast House Inn and now as  Meyer Bed and Breakfast), Stieler Motors (presently the 8th Street Market) and eventually, the old Comfort State Bank Building in 1961. In 1981, on the 25th anniversary celebration of the Library, the Board of Trustees accepted the gift of the Arno Schwethelm Memorial Building and the challenge of renovating the building for use as a library.  In 2000, the building was renovated to accommodate growth and change.  The Learning Center, an additional part of the Library, was opened in January 2016.

As a library and community, we continue to honor the traditions of the past, provide meaningful service in the present and anticipate the future with eager and informed will.

The Arno Schwethelm Memorial Building was constructed in 1916, in the heart of Comfort's business district, on the corner of 7th and High Streets. Designed by L. Harrington and Company of San Antonio, the building is of native pitch-faced limestone, quarried locally and hauled to the construction site on a Model-T truck. The building, a classic example of the conservative German culture so prominent in the Comfort community, is named in honor of the Comfort businessman who built it. The building has served as a bottling works, general merchandising store, car and tractor dealership, central buying warehouse for cotton and grain, grocery store, ice cream parlor and game room and finally, in 1982, became the home of the Comfort Public Library.